Barbecue vs. Grilling: A Brief Treatise on the Merits of American Barbecue

There’s an on-going disagreement simmering just below the surface throughout America, just waiting to boil over.  No, it’s not politics. It’s more serious than that. It’s the true definition of barbecue.

Let’s go ahead and lay this out: grilling is the process of cooking over a flame derived from one of several fuel sources.  It is not time or temperature-dependent.  Barbecue, on the other hand, is specifically the cooking of meat over a live-fire fuel source at a low temperature for a long period of time.  Oh, I’ve heard the arguments.  “What about Korean Barbecue?” they say. “Yakitori?  Asado?”

Nope.  Sorry.  Translations of words from other languages describing a similar, or not-altogether different process just aren’t quite accurate.

So What is Barbecue, Anyway?

Barbecue, barbeque, bar-b-que, bar-b-q, or simply bbq – is, inarguably, one of the only truly “American” cuisines.  And it is a deeply beautiful thing.

I describe it as purely American because, much like our country (at least, when our country is at its best), it’s a complete “melting pot” food culture.  An amalgamation of Native American, African, and European foodways.

I say “one of the only” out of respect to creole, cajun, and soul food. These cuisines have much of the same background and pedigree. Moreover, there’s no small amount of overlap, depending on where you are geographically, as well as the inclination, skill set, and overall sensibilities of the chef.

What Makes Barbecue So Special?

Barbecue is incredibly complex. The different styles are regionally-specific. These regional styles developed differently based on the local agricultural tendencies.  Texas is focused on beef due to having the open range to accommodate cattle. The Carolinas, on the other hand, are in love with pork.  Even barbecue in cities like New York or Los Angeles remain regionally influenced because they are driven by the cultures of the immigrants who  make these metropolises vibrant.

Let me be clear: I love grilled food of almost any sort. Especially when it is done well.  Eating a great hamburger is an almost unrivaled experience.  A beautiful, dry-aged rib-eye is mind-blowing. I mean no disrespect. I’m a huge fan.

But as Americans, we have a homegrown, wholly American, incredibly complex food culture we should pay our respects to.  Not referring to it by the correct name is downright rude.

Looking for some great Barbecue in the Philadelphia area? Check out one of our favorite customers, Zachary’s BBQ.

Or you could try out Butcher Bar, another one of our favorites. 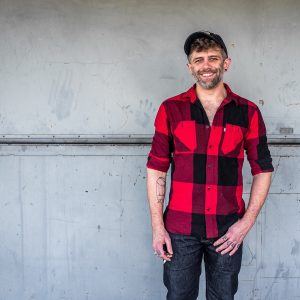