Look for this SDS sheet in your inbox!
Close Menu2
HOME BLOG BAKERIES

What? You didn’t know it was National Apple Pie Day!? Everyone at PJP has today marked on their calendars.

Well, okay. Not really. In truth, the list of national days has probably gotten a little out of hand, but who can blame us for latching onto an excuse to talk about delicious apple pie? It is considered to be America’s favorite desert after all.

While Apple Pie is considered today to be inherently American, the first Apple Pie recipe was actually from 14th century England, printed in a cook book that was compiled by the cooks of King Richard II and later given to Queen Elizabeth. The recipe isn’t quite what we’re used to today, the ingredients listing such thing as “good apples” and “good spices” not really specifying amounts of either. In fact, the whole thing (written in Old English) is only about two sentences long.

XXIII. FOR TO MAKE TARTYS IN APPLIS.

Tak gode Applys and gode Spycis and Figys and reysons and Perys and wan they are wel ybrayed colourd [1] wyth Safroun wel and do yt in a cofyn and do yt forth to bake wel.

Like we said, not exactly what we’re used to today. And while the original Apple Pie recipe is pretty neat history, we thought it would be much more practical to give you a modern Apple Pie recipe. After all, back in the 14thcentury sugar was rare and very expensive and they didn’t have vanilla ice cream for when you want your pie a la mode (which is clearly the best way).

So here’s a great Apple Pie recipe from Pillsbury.

Bake 40 to 45 minutes or until apples are tender and crust is golden brown. Cover edge of crust with 2- to 3-inch wide strips of foil after first 15 to 20 minutes of baking to prevent excessive browning. Cool on cooling rack at least 2 hours before serving.

And of course, don’t forget to add the ice cream.

Is your business a Bakery? PJP is holding a Bakery Packaging Vendorama – on Tuesday, June 2nd  in the Culinary Academy @ PJP

We will be showcasing, baking, and displaying NOVACART – and our new stocking program

How can your in-store and/or standalone bakeries take advantage of the latest bakery trends? 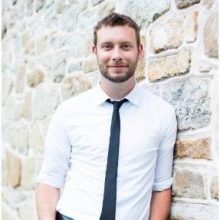